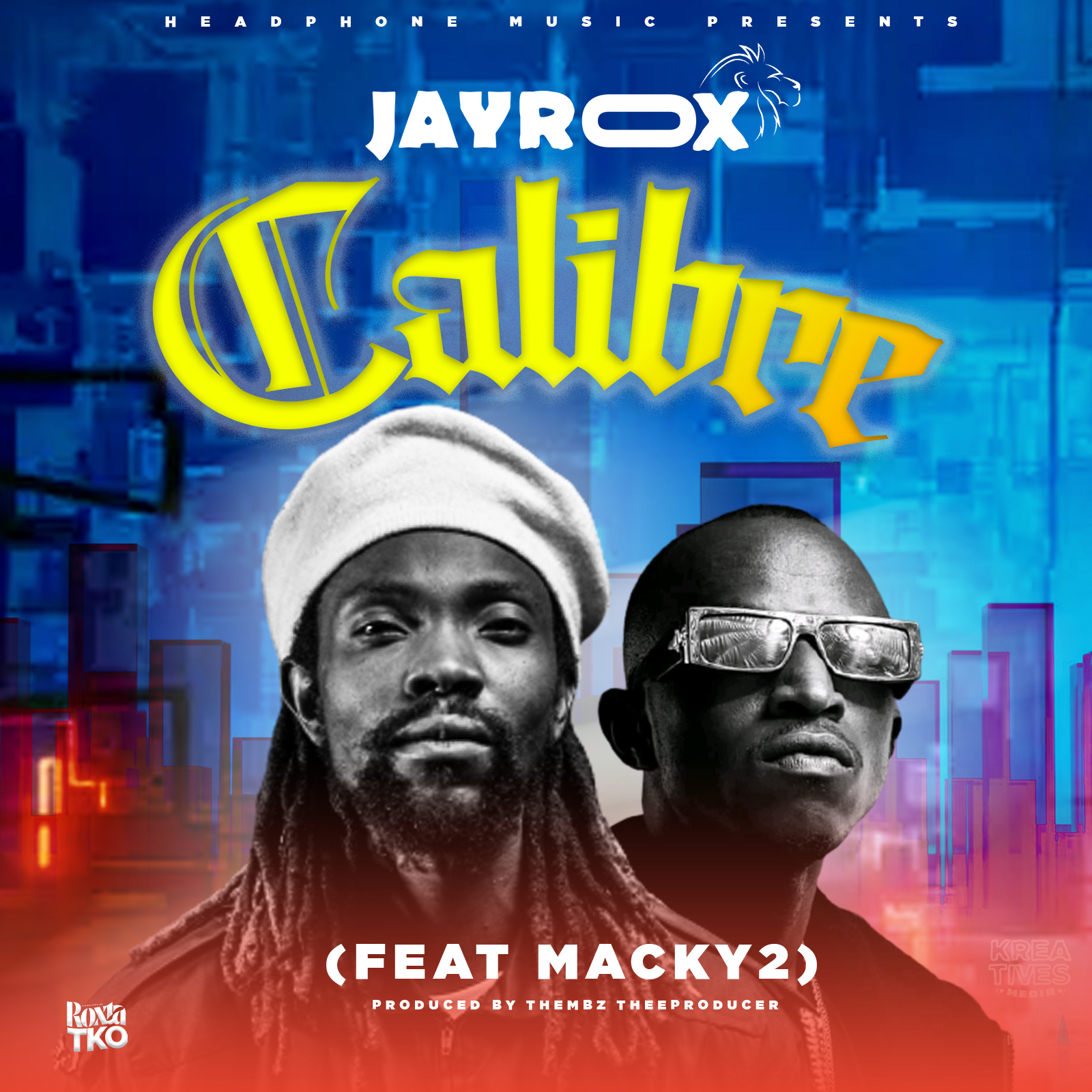 Versatile musician Jackson Ng’ambi Banda artistically known as Jay Rox is this Wednesday, 22 September  releasing a brand new single with Zambian hip-hop sensation Macky 2. The track entitled “Calibre” is being released as both an audio and a music video.  The song is off Jay Rox’s forthcoming album “Enigma”. Fresh off his Tanzanian working visit, Jay Rox announced this surprise collabo via his social media platforms, sending fans into meltdown. The single which is being released under his own Headphone Music imprint is produced by ThembzTheeProducer. This record is monumental as it is the first time Jay Rox is working on a solo project with the man who popularized the Kopala Swag movement.  The record is a feel good summer song that sees the two hip-hop sensations trade entertaining verses in between a melodious dancehall-esque hook. Jay Rox’s verse is witty and rich in wordplay while Macky 2 makes use of braggadocio lines that are reminiscent of the hunger he displayed before he became a household name in Zambian music.  Jay Rox, widely remembered for his work with Zone Fam has made a name for himself as a solo artist with consistent releases. “Calibre” will be available on all major streaming platforms. Music Video Link