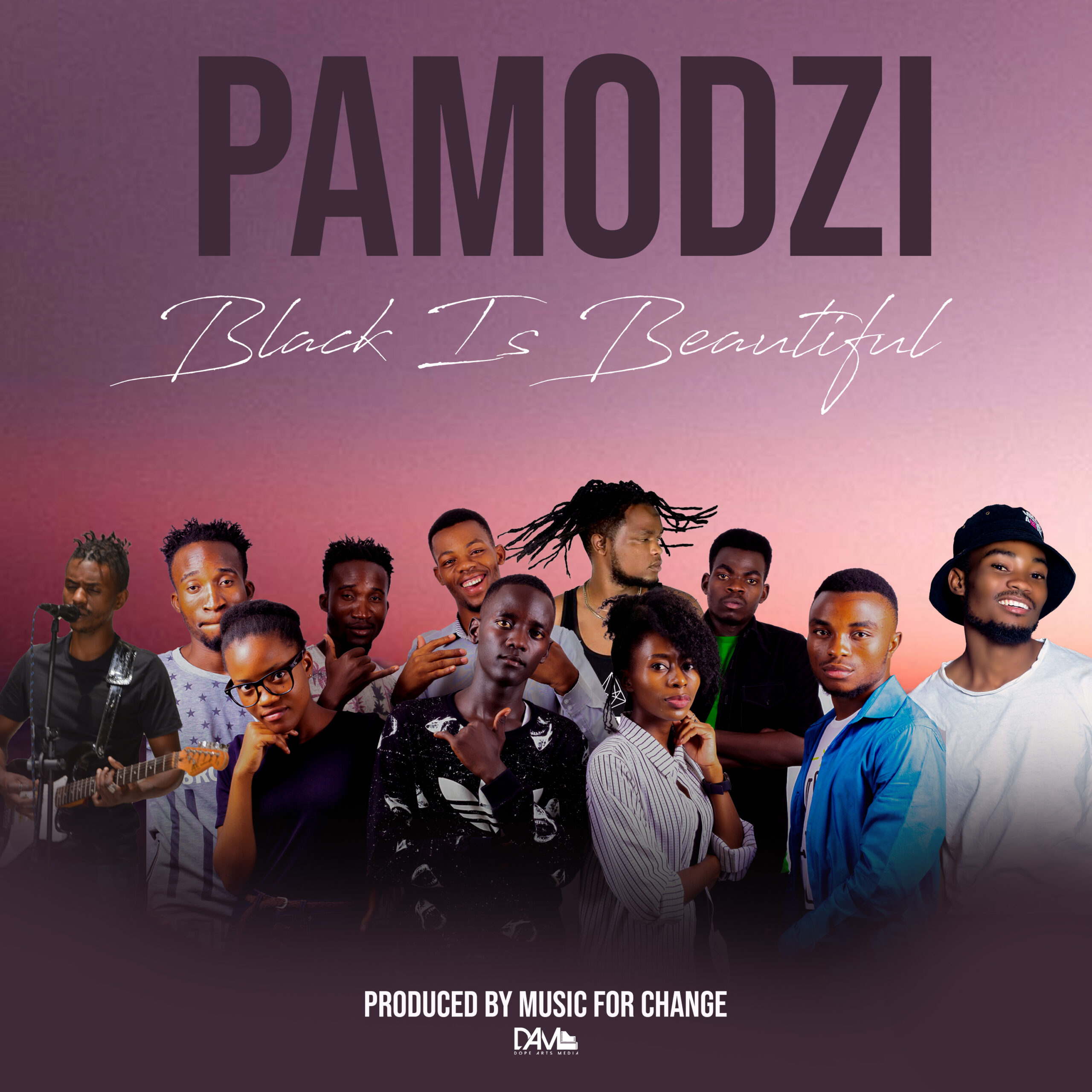 PAMODZI is a musical band comprising 11 artists, refugees and Zambians. There are six Congolese, one Burundian, one Rwandese and three Zambians. The band is a product of an artisan promotion project called Young Artist Project under Caritas Czech Republic, CCR in Zambia with sponsorship from UNHCR Zambia.

The group is mentored by B Flow who produced the song with his producer Ronke under his Music for Change studios. For now the group is being assisted (managed) by Grace Banda on behalf of CCR until they are ready otherwise. Our role is simply to support them so that they become self-reliant.

The song Black is beautiful talks about moving together as a beautiful people. Though we might be different physically, we are one people. It features different languages too. The artists were encouraged to use their native languages.